Image Films – Focus on your values, goals and beliefs

Image films, also known as a corporate videos, are videos with which you can present your company or project in an impressive way. Your very own personal business card in moving images.

Stand out from the crowd with an image film

Image films sre not about selling a specific product. With image films you rather tell your story as a company. You report on your values and achievements. Show what makes your company unique and what you stand for. Thus, image films are an essential part of a company’s video strategy.

A good corporate film makes it clear to the audience who you are and what you do and why you do it. An image film gives you an authentic and exclusive insight into your company. But you don’t just demonstrate what you stand for and what your goals are. An image film also shows why your company is the best choice for your customers. In this way, you convince potential customers and applicants with heart and mind.

And because image films should be as personal as possible, it is all about your ideas and wishes right from the start. We advise you on what might best suit you. For example:

There are countless possibilities for the design of a corporate film. With our know-how and the corresponding high-end technology, we design exactly the right film for your vision.

How do I benefit
from an image film?

Perhaps you are still wondering what specific benefits you have from an individual image film. And how should such a film be used most effectively in your corporate communication? It’s good that we still have a few ideas:

A good image film works inside and on the outside

In internal corporate communications, your image film can convey the individual goals of your company and your very own philosophy. And directly for your employees. With lightness and humor, but still with a clear message. This is particularly relevant if new employees are to enter your company or if your entire company is to undergo change processes. After all, everyone should pull together!

Be present on all channels

But that’s not all: your corporate film also serves to present your personal history, your values as well as your unique achievements on various channels.

As a modern business card, your individual image film with moving images ensures that you will definitely be remembered.

With the perfect image film, you can give not only customers but also applicants an authentic impression of your company in a short time. That’s what makes you want to work together!

In addition, films impress with their unbelievably wide range of applications – even outside direct customer contact. So you can not only use your corporate film at trade fairs or on your website, but also distribute it on various social media platforms: Whether Facebook, YouTube, Instagram, XING or LinkedIn – there are no limits to your wishes.
We will be happy to support you in developing the marketing strategy that is right for you. After all, you want your film to be seen! Convinced? Very nice! Then simply read on.

How do I get my image film?

A good image film starts with your vision. So that we can tell a good story, you first have to tell us about yourself. That’s why we first talk about your ideas and wishes. In this phase of consulting and strategy development, it’s all about getting to know you and planning our joint approach in detail. Only in this way can the finished image film present you and your company as authentically and convincingly as possible.

Let us write your story

This means that you have already done a great deal of your work. Now we take over! With our competent team, we further develop your ideas in the conception phase. We create an inspiring storyline and a unique look for your corporate film. In addition, of course, the concrete script is conceived and written.

This is how an image film is made

Now that the desk work is behind us, it’s time to get to the heart of every film production: the shooting is about to begin.

With the most modern equipment, everything that used to happen exclusively in our heads becomes reality during the production phase. The result is unique and vivid images. In order to perfectly stage your company, the production phase is followed by the post-production phase. Here we sift through the resulting film material, cut, animate, color grade and arrange the sound and music – the optimal finish for your film production.

Films are there to be watched: Your image film should reach as many viewers as possible! That’s why we ensure through video seeding that your films can unfold their full power on all channels. Therefore, we can develop an optimal video strategy for you to boost your video content marketing.

Of course, we can’t do without you completely: During the entire creation process, you are always in demand and give us your feedback. This is how collaboration at eye level results in a film that both of us will love!

Honestly? It’s hard to tell! – Every image film is different and this also applies to the respective production duration and the corresponding costs.

First of all, you need to know what your goal is with your image film and how you want it to be implemented. In addition, the heart of every film, the actual film production, is a decisive time and cost factor. Conception, production and post-production can be realized and calculated in many different ways. Specifically, this concerns the following questions, for example:

Where should your film play?
How many people should appear?
Which technology should be used?
Which visual language is desired?

In post-production, it also depends on how elaborately integrated animations, motion graphics or sound design should be.

Since an image film consists of many individual production steps at the highest quality level, it requires many hours of work. Our experience at mecom vision has shown that the production time of a creative and high-quality image film is between four weeks and three months. 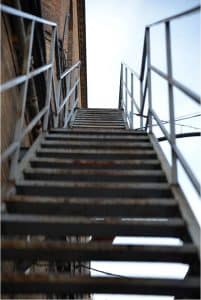 Of course, a smaller portrait of your company can be produced more quickly than a lavishly produced image film with the corresponding distribution strategy.

So: What exactly are your plans? We are looking forward to discussing your ideas with you and conceiving your corporate film. After an initial brief discussion, we will then give you our assessment of the production time of your film project.

The right image film for your budget

Each of our films is unique and your image film will also be individually conceived, calculated and produced. So there is no one price for an image film. That’s why we deliberately don’t want to quote a flat rate. Nevertheless, you have to plan in advance and dimension your budget. After an initial discussion, we will, of course, be happy to inform you of the expected costs. Subsequently, we will be happy to provide you with a tailor-made and non-binding offer for your image film.

Can I see anything of your work?

An insight into our moving image manufactory

Image films speak for you as a company, but for us as well. That’s why you can get an idea of our experience and expertise here:

What can we do
that others can't?

We at mecom vision see ourselves as a content marketing manufactory with a focus on moving images. Each of our films is made by hand and is therefore truly unique. We think in video strategies and understand an image film as part of a holistic content marketing approach. That’s why we, first of all, take time for the intensive planning and individual conception of your image film. On the way from the first idea to the finished product, we contribute our collective know-how, lots of creative ideas and high-end technologies. We are and will always remain open to your wishes, ideas, and feedback – after all, it is our goal to visualize your vision!

From strategy to finished film

As a full-service agency in the field of video content marketing, we take over all tasks from conception to realization, post-production and strategic implementation of the image film in your corporate communications.